Formulation is a complex, original, structured, and universal manifestation.

Conditions propitious to the emergence of Formulation are:

A place sheltering the person from pressure and outside influences.

The presence of others, not as spectators but as playmates who agree to the transmission, giving it its character of non-communication and normality.

The presence of a practitioner, who is not a reference figure or receiver of what is formulated. The practitioner’s role is that of a servant.
These conditions come together in the Closlieu.

Formulation is neither an offshoot nor a characteristic of any particular socio-cultural environment. It is not the result of an apprenticeship, but rather of a training that develops innate aptitudes and orients them towards this manifestation and not towards the creation of communicative works.

Formulation appears very early among the needs of small children. It evolves according to a programmed scheme and never disappears.

It possesses its own repertory of figures. It is separate from art, from which it borrows neither elements, nor laws, nor habits.

The Practice of Formulation...

The practice of Formulation – play rather than therapy – satisfies unfilled needs. It results in personality-fortifying balance and fulfillment.

This practice also develops great expertise and consciousness of abilities, deeply engaging the person, regardless of his or her age, experience, or position in life.

Whoever practices Formulation is freed from dependence on models and develops positive autonomy.

Whoever finds him or herself through this natural play never resorts to violence for self-affirmation and does not seek refuge in drugs for consolation or comfort. The act of Formulation is vital, and in the conditions of the Closlieu, it develops the need for self-affirmation and relationships with others, in a perfect equilibrium that excludes all competition. 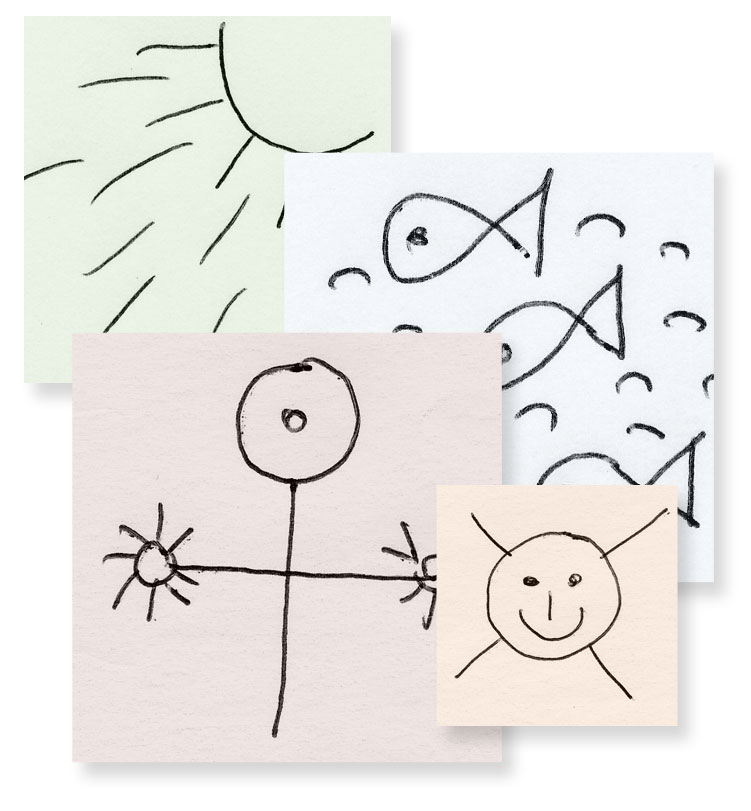 “These peoples, whom I visited prior to their cultural subjugation, had never drawn anything, not in the sand or on bark. The possibility of such a display was not part of their existence. Nonetheless, without hesitation, each of them showed from the first instant enthusiasm for and skillfulness with the instruments I had brought, as if this play was part of their everyday activities. They drew tirelessly, beginning early in the morning and stopping the play only to eat and sleep.

“Although unknown, Formulation was natural to them; young and old alike participated with enthusiasm and seriousness. Their entire bodies were concentrated on this act, one which is not intended to create an object, but which obeys only an organic necessity springing from a being’s deepest part, resulting in these spontaneous and ephemeral Traces.

“The photographs on this page do not show these Traces, which covered thousands of small and large sheets during each of my stays. Rather, they are meant to attract attention

to attitudes and gestures, to the commitment and concentration of these peoples, who never unlearnt the seriousness of an act, however small.

“It certainly is a strange sight: naked African children, Indians in rags, and nomads in turbans, all wielding Closlieu paintbrushes, which their hands know immediately how to hold and dip to perfection.

“It is strange indeed to watch them play with this instrument that they adopt without reticence.

“The images shown on this page belong to the past. If I had not made these last peoples untouched by artistic education paint and draw, it would be impossible today to prove that Formulation is a universal manifestation and that, once people take part in it, nothing differentiates children of the brush and the virgin forest from those who live in our society.” 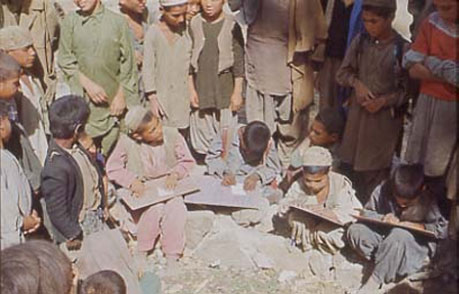 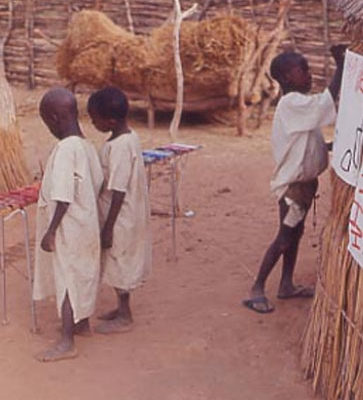 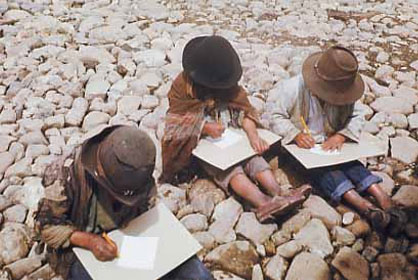 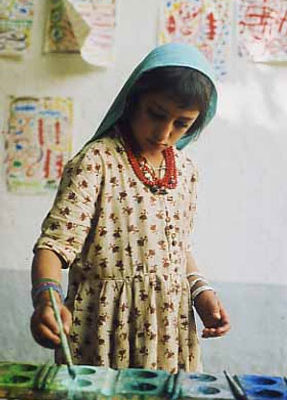 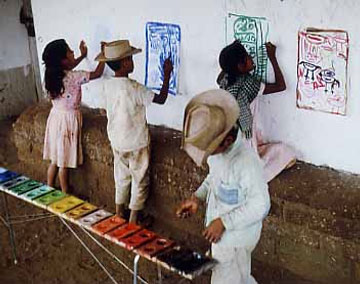 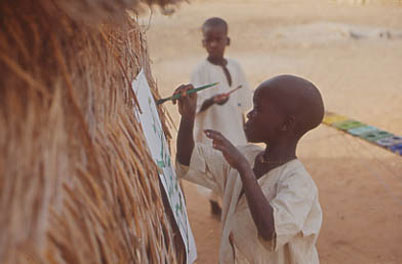 Formulation is studied at R. I. S. E. (The Research Institute for the Semiology of Expression), in immediate contact with the graphic act and among collections assembled from fifty years’ worth of documents from the Closlieu. Research authenticity is guaranteed by the spontaneous and unadulterated nature of this manifestation 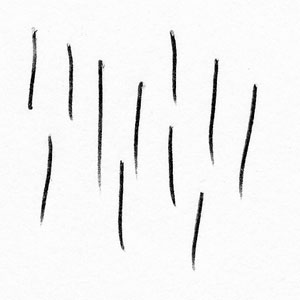 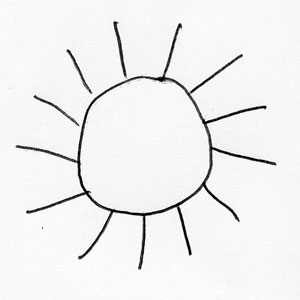 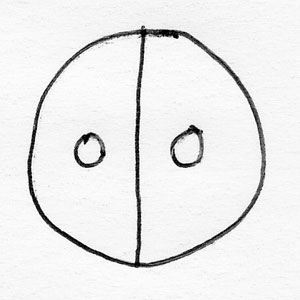 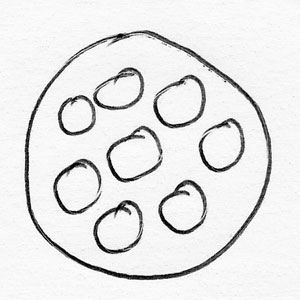 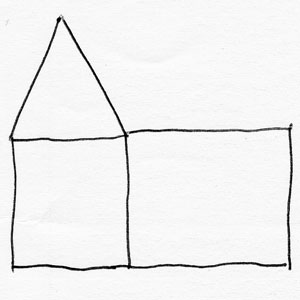 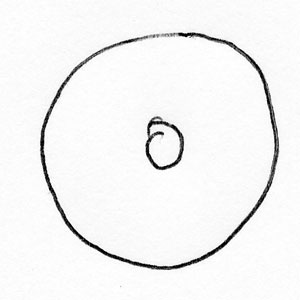 These collections are unique in the world, for two reasons:

They permit one to follow Formulation’s evolution, from its beginnings in the small child, through adulthood, thus revealing the existence of an Expression beyond the known limits of drawing.

They also contain, on thousands of sheets, the first Traces made by peoples living in virgin forests, deserts, and the brush. These were not collected at chance meetings but obtained, like those from the Closlieu, under conditions preserving the natural Trace.

They permit the affirmation that Formulation is linked to the genetic code and represents organic memory’s sole means of expression.

The Research Institute for the Semiology of Expression

Expression Semiology’s first objectives were to isolate and define Formulation, to explain its workings, and to know its origins and implications. This study was conducted along several research axes and grew through collaboration with biologists, anthropologists, geneticists, psychologists, neurophysiologists, prehistorians, and others.

…The time has come to produce very great work in this international Institute that is unique in the world, home to an original cutting-edge message.”